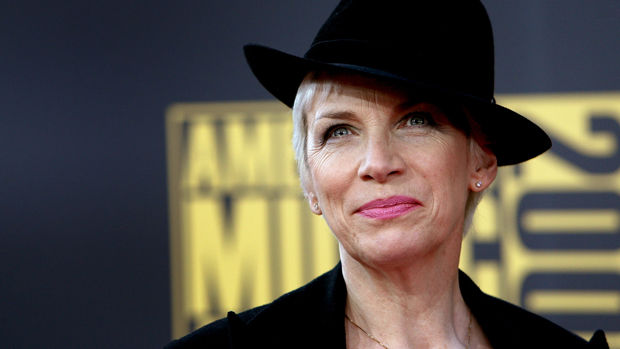 Annie Lennox is not the only one in her family with an amazing voice!

Her daughter Lola Lennox is all grown up and has just released her debut single 'Back At Wrong' - and wow, does she have incredible vocals.

The 29-year-old was first introduced to the world stage in April this year when she joined her mum for a duet of 'There Must Be An Angel' during the lockdown One World: Together At Home concert.

And now the blonde beauty is stepping out of her mother's enormous shadow and is steadily making a name for herself in the entertainment world.

The release of her new single follows the much talked about performance, which received a staggering 270 million views.

Lola started learning the piano at age seven and was even accepted into the Royal Academy Of Music for her vocals, but decided to drop out in favour of writing and performing her own material.

Despite growing up with the Eurythmics lead singer as her mum, Lola has revealed she doesn't have any of Annie's incredible back catalogue of music on her playlists.

"I love soul and jazz, like Etta James and Dusty Springfield," Lola told Billboard. "I try to encompass that with great pop songs that you can sing along to. I don't even have my mum's music on my playlist!"

In December 2019, Lola also helped write and perform the soundtrack and voice over for the BBC series Serengeti.

Lola has been in lockdown with her boyfriend, model Braeden Wright, at their home in L.A. since March.