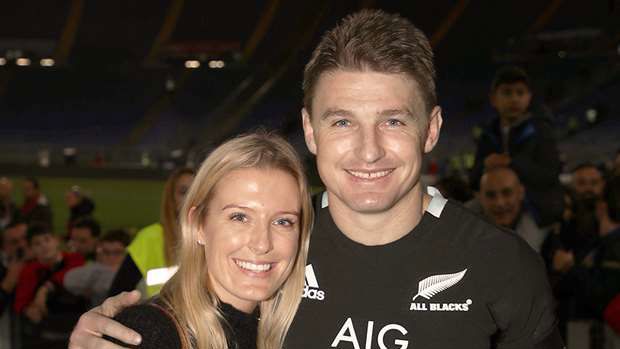 All Blacks and Blues star Beauden Barrett and his wife, Hannah, are expecting their first child.

Barrett announced the news this morning revealing they were expecting their child to arrive in September, in an Instagram post which read: "We're expanding our bubble! Can't wait to do parenting with you sweets."

We’re expanding our bubble! Can’t wait to do parenting with you sweets @hannahlaity 😘⁣ #BabyBarrett #DueSeptember

The pair were married early in 2019, before moving up to Auckland later in the year. With the move, Barrett joined the Blues from the Hurricanes, but is yet to make his Super Rugby debut for his new club. The Super Rugby season is on hiatus due to the coronavirus pandemic.

"Like a lot of Blues fans, I was getting really excited and already starting to think about playoffs and so on," Barrett told the Herald earlier this month. "Even the players were starting to realise their potential. They were showing a lot of self-belief and trust in each other and what Leon [MacDonald] and Tana [Umaga] were doing."