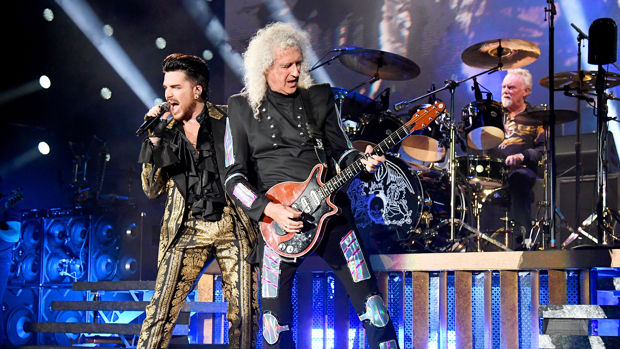 Kiwi Queen fans were lucky enough to see the rockers when they headed to New Zealand stadiums in Auckland, Wellington and Dunedin just weeks before the global pandemic hit last year.

But now Brian May has warned "there's a possibility" the band will never tour again.

Speaking to the Daily Star newspaper, the 'Bohemian Rhapsody' hitmaker insisted "people have to face up" to the fact arena shows might never happen again because of the unpredictable and fast-evolving nature of the coronavirus.

The legendary guitarist said: "Things don't look good at the moment, it's tough. The arena touring that we did was amazing.

"But there's a possibility that we'll never be able to do it again. People have to face up to that it's possible, this virus is very clever and it's evolving faster than we can put up our defences."

The 73-year-old said that himself, Roger Taylor and Adam Lambert have thought about putting on a live-stream gig, but admitted it would be "harder" for the band because their shows are so "interactive" with the crowd.

"It's like another universe that we can't quite touch right now."

We're crossing our fingers they can tour again soon!