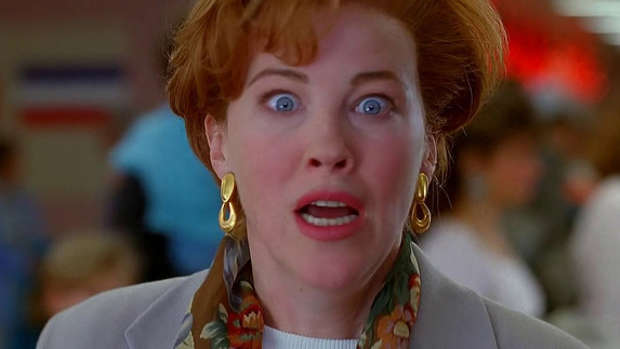 It's the Christmas movie we all love and can't wait to watch each year.

Now, much to the delight of fans, actress Catherine O'Hara has recreated one of her most iconic scenes from Home Alone 2: Lost in New York.

Just in time for the holiday reruns, the actress shared a side-by-side video of her reenacting the famous moment.

Taking to TikTok, the 66-year-old - who played Kevin McCallister's mother Kate in the first two films alongside Macaulay Culkin in 1990 and 1992 - recreated the moment when Kate looks directly into the camera and screams 'Kevin!' before fainting after realising she has left her son by himself again.

O'Hara's hilarious clip has since received over 3.7 million views.

The first film followed Kevin (Culkin) as he was left home alone by his family who forgot him during a Christmas trip to Paris and has to fend off two burglars who break into his house.

In the sequel, Kevin is accidentally separated from his family after he gets on the wrong plane flight and finds his old foes out of jail and looking for revenge.

O'Hara has previously admitted that fans always ask her to scream "Kevin" for them.