It's not often that judges get left in tears during performances, but even less often that contestant's parent's get asked to join them on stage.

14-year-old Joshua Regala wowed the judges with his cover of Calum Scott's 'You Are The Reason', but it was his mum Ysun who made us grab the tissues.

After all four judges turned their chairs for Joshua, he admitted he got his singing voice from his mother who had immigrated to the UK from the Philipines.

He said: "I have to say I mostly [get my voice] from my mam. I wish I could say that my dad could sing but sadly that's not the case here.

"I think I was around seven when I received my first guitar from my dad. At the age of four my parents enrolled me for piano lessons and then I picked up the guitar along the way and then singing."

The judges then surprised Joshua by asking his mum to come on stage and perform a duet with her son. 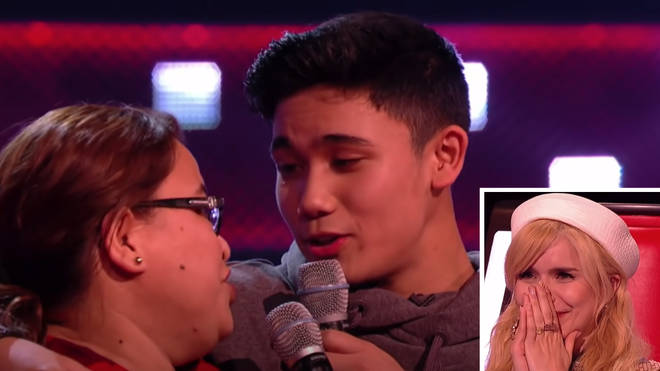 Ysan was full of praise for her talented son, saying "I'm so proud of him. He's a great kid. We're just blessed to have him."

If this doesn't get you teary, we don't know what will. (Happy tears of course).