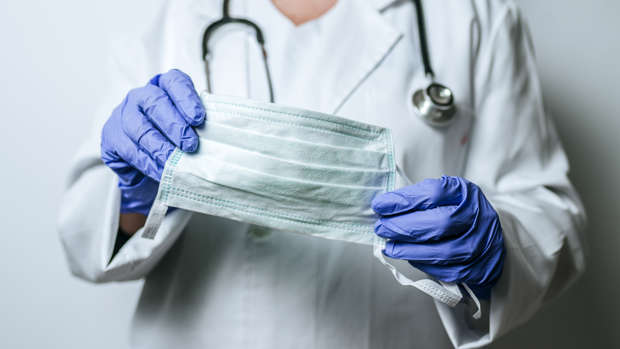 Prime Minister Jacinda Ardern has confirmed Auckland will go into lockdown after four cases of community transmission were confirmed.

The Prime Minister and Director-General of Health Ashley Bloomfield made the announcement at the Beehive tonight.

As of noon tomorrow, Auckland will move to level 3 for three days until midnight on Friday.

The rest of the country will move to alert level 2 at midday tomorrow - until midnight on Friday.

For Auckland, that means working from home unless you were an essential service worker.

Schools will close unless they had students whose parents were essential workers. Public facilities, bars, restaurants and businesses must close tomorrow.

For the rest of the country, mass gatherings will be limited to 100 people.

Bloomfield said there were four confirmed cases in one family acquired from an unknown source. There was no link to overseas or managed isolation.

An Auckland man in his 50s was tested yesterday after having symptoms. He was tested a second time today. Both tests were positive.

Six other people were in his family, and three of them have tested positive. The other three tested negative.

Close contacts have been isolated for 14 days regardless of their test results. Casual contacts are also being isolated and cannot leave until they test negative.

Ardern said more than one workplace was involved, and it wasn't just one distinct suburb in Auckland that was likely affected.

"We're asking people in Auckland to stay home to stop the spread.

Today had marked 102 days without transmission in the community.

Earlier today, Bloomfield said there was one new Covid-19 in managed isolation - a man in his 20s who arrived in New Zealand on July 30 from Melbourne.

Brookhaven Retirement Village in Woolston has reportedly tested eight of its residents and put them in isolation.

And the Village Palms Retirement Community in Shirley had eight residents were displaying flu-like symptoms.

There were 22 active cases being treated in managed isolation facilities after testing detected the illness in returning Kiwis at the border.