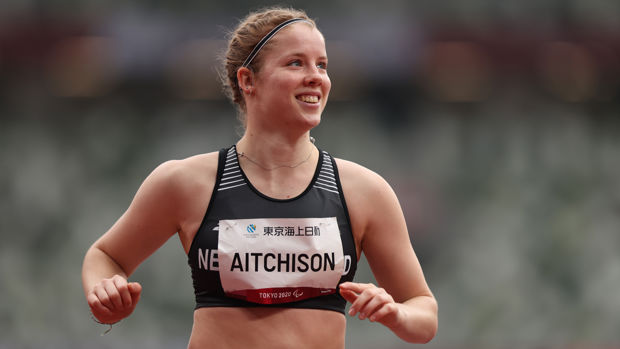 Just like in the 200m T36, Chinese sprinter Shi Yiting was untouchable in the race, winning gold with a world-record time of 13.61s.

Aitchison was pipped for silver by ROC's Elena Ivanova who came in at 14.60, while Aitchison's time was 14.62.

Today's medal is the second for the 20-year-old, who has two uncommon types of cerebral palsy (athetoid and ataxia) and is also deaf but can hear with the aid of cochlear implants.

The Kiwi sprinter claimed silver in the women's 200m T36 on Sunday.