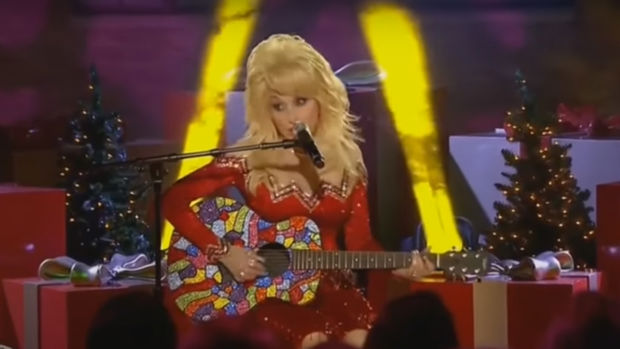 Christmas fans; if you're in need of some exciting news, country music superstar Dolly Parton is your lady.

The '9 To 5' hitmaker is set to release her highly-anticipated Christmas album - which has been delayed since 2017 - later this year!

Dolly's creative director Steve Summers let the news slip during an interview with Linda Perry as part of the We Are Hear On The Air COVID-19 relief fundraiser.

Fans were delighted to hear the news that Steve and his team are currently working on preparations for the album's cover shots.

READ MORE:
• Watch Dolly Parton and Miley Cyrus perform Jolene together at the Grammys
• Dolly Parton will read bedtime stories to your children every week

The country music queen's Christmas album had originally been planned for release in 2017, however, this was pushed back for the release of I Believe In You as an Imagination Library fundraiser.

It was again delayed in 2018 for the release of the Dolly's Dumplin' film and soundtrack.

We cannot wait to hear the album! It's exactly what the world needs right now!