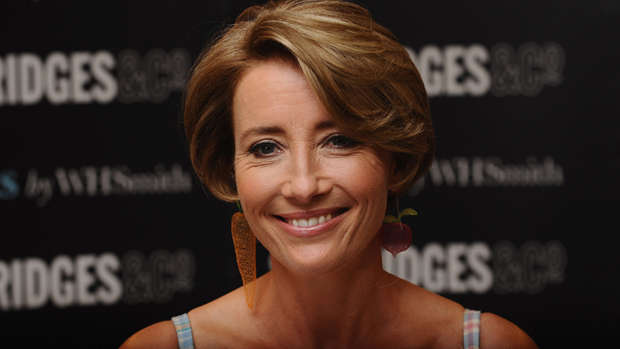 Netflix's adaptation of the musical version of Matilda has finally found its nefarious Miss Trunchbull ...

It has just been announced Emma Thompson will be taking on the role of the nasty headmistress, who was played by Pam Ferris in the 1996 film adaption.

Originally Harry Potter franchise star Ralph Fiennes was previously attached to the role - which followed in the stage production's footsteps of having a man play the role - however, the Love Actually actress has now landed the part instead.

Meanwhile, relatively unknown 11-year old actress Alisha Weir has landed the role of Matilda, a precocious young girl with advanced reading skills and telekinetic abilities who feels like she doesn’t belong in her family of idiotic gamblers and crooks.

Weir has only a handful of credits to her name, including an independent horror movie called Don’t Leave Home and a TV series called Darklands.

As for the rest of the cast, the only other key cast member confirmed so far is Lashana Lynch as Miss Honey, the sweet teacher who encourages Matilda and has an upsetting history with Miss Trunchbull.

READ MORE:
• Want to watch the Love Actually sequel this Christmas? We've got it right here for you!
• Hugh Grant hits out at Boris Johnson's 'Love Actually' election campaign spoof

Warchus said of the film: "Matilda will be an imaginative and fresh retelling of the award-winning musical, Matilda, featuring talented young newcomers, alongside established stars. I look forward to introducing this beloved and powerful story to a new generation of fans around the world."

It’s not clear when Matilda will arrive on Netflix, but we can't wait to watch it!