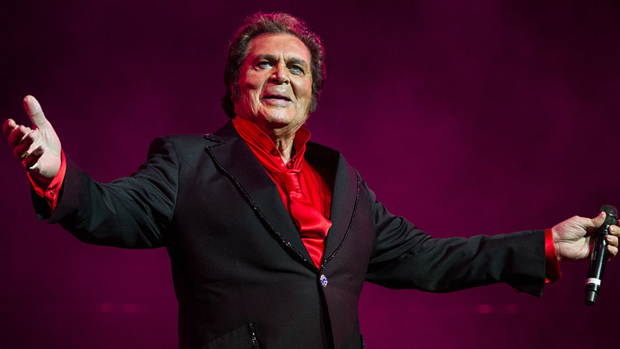 The 84-year-old singer - who lives in Los Angeles - has asked his fans for their "prayers" after being told he has the virus, despite “nearly a year of an abundance and care”.

He began a series of tweets: “After nearly a year of an abundance of caution and care, Covid has caught up with us and found a way into our home.

“Now we must not let a positive result bring a negative mindset but I must say I could use your help in this department.

“We are asking for prayers, good energy, love and support to be sent our way.”

The 'Release Me' hitmaker also asked people to keep his wife Patricia, who suffers from Alzheimer's, in their thoughts.

Humperdinck - who has four kids, Scott, Jason, Louise and Bradley, with his spouse - added: "My biggest “ask” is for my darling wife, Patricia (Popea) She has been through so much and does whatever it takes. She is an unbelievable woman of strength.

Please also keep our wonderful caregivers in your prayers.

The 'Last Waltz' singer's wife - who he married in 1964 - has battled Alzheimer's for more than a decade and receives around the clock care at their Bel Air home.

In 2019, Humperdinck shared his joy at Patricia calling him by his name and speaking to him for the first time in years.

He said at the time: "She hasn’t spoken for three years, she even called my name three days ago which is wonderful to hear. It’s the best Christmas miracle ever. I’m thrilled."

Engelbert often talks about his New Zealand performances given the success of his song 'Ten Guitars'.

"I believe we played in New Zealand to quarter of a million people at one time," he recalls.

"I couldn't see the back of the crowd, it was that big and that large. That's the time I had to do Ten Guitars three times. That's one of the highlights of my life, because it's one of the biggest crowds I've ever played to."