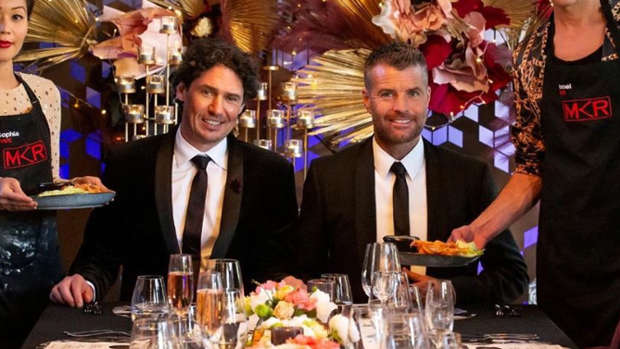 Last week it was revealed, following 10 years on our television screens, that controversial TV chef Pete Evans would be leaving My Kitchen Rules.

The reports came just two weeks after Evans' company copped a $26,000 fine from the Therapeutic Goods Administration in Australia after he claimed a "BioCharger" device had coronavirus eradication properties.

And now his fellow judge Colin Fassnidge has spoken out in defence of his friend.

Speaking on The Briefing podcast, the celebrity chef was asked what he makes of Evans' recent comments.

"Pete's a mate of mine," Fassnidge said.

"We agree on some stuff and we don't agree on other things. But, you know, it's a free country and Pete's allowed to say what he wants as long as he doesn't harm anyone."

He added: "You stand by your mates, that's all I say."

The TGA received a number of complaints following Evans' promotion of a $14,990 machine, which he claimed had coronavirus eradication properties, on a Facebook live stream on April 9.

The TGA said this claim had no apparent foundation.

Evans has appeared on every season of My Kitchen Rules since it's beginning in 2010.