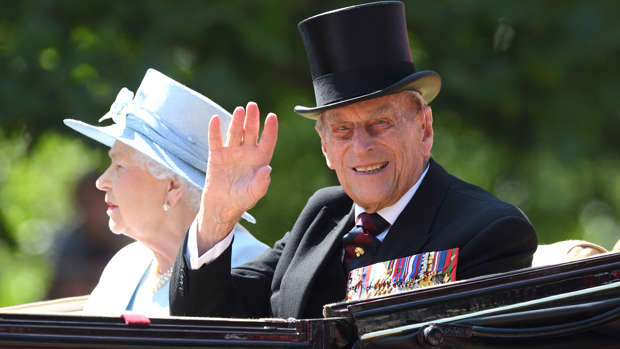 And it has been revealed he will spend it quietly and in much the same way he's spent most of his adult life: beside Queen Elizabeth II.

While the couple remains in lockdown at Windsor Castle, the Queen and the Duke of Edinburgh will enjoy a quiet lunch together to celebrate the important date, as there will be no other members of the royal family or guests visiting in person.

📸 This new photograph of The Duke of Edinburgh and The Queen was taken last week in the quadrangle at Windsor Castle to mark His Royal Highness’s 99th birthday tomorrow. . Copyright: Press Association

Instead, his birthday will be marked with Zoom and telephone calls with family and friends – including Prince Charles in Scotland, the Duke and Duchess of Cambridge in Norfolk and Prince Harry and Meghan Markle in Los Angeles.

There will also be no gun salutes to mark the royal's birthday this year. A Ministry of Defence spokesperson told Yahoo UK: "We can confirm that, following consultation with key stakeholders, ceremonial gunfire from all saluting stations continues to be temporarily suspended due to national COVID-19 restrictions.

"As such, the Gun Salute due to take place on Wednesday, 10 June 2020 for the birthday of His Royal Highness The Duke of Edinburgh will now not take place.

"Future such events will continue to be regularly reviewed in conjunction with current Government COVID related guidance." The last few years haven't been easy for Philip, who retired from public life in 2017 after 65 years of supporting the queen.

Philip has suffered several bouts of poor health and was in hospital just before Christmas but is said to be far better now, despite feeling the effects of his advancing years.