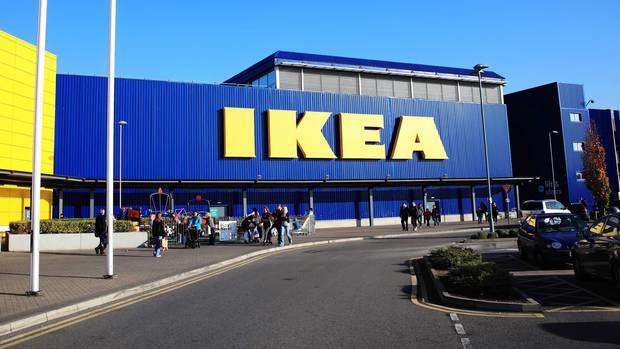 Ikea is preparing to open a full-sized store in Auckland. Photo / 123RF

Ikea will open three physical and digital customer "meeting points" across New Zealand as the retailer prepares to open its first full-sized store in Auckland.

Last year, Ikea announced it would open its first New Zealand-based store in the Auckland area after gaining franchise rights.

Exact locations and timings have not been confirmed yet.

These include a full-sized Ikea store in the greater Auckland, a planning studio in Wellington and a second smaller-format store in Christchurch.

The POÄNG armchair - one of our most iconic products, known for its subtle design and comfort qualities. It was designed by Lars Engman and Japanese designer, Noboru Nakamura, in 1975, and is a chair that is still around today, as popular as ever. . “Right from the start, the comfort was extremely important and finding that exact right curve – that’s where we put a lot of our focus and effort,” Lars says. “Then the idea of thinly layered wood came up as a good solution to meet those comfort demands. “I wanted the chair to swing in an elegant way, that it should be a seat where you let off stress or frustration by swinging.” Says Noboru. . #IKEA #IKEANewZealand #IKEANZ #POÄNG #POANG #armchair

"While planning has been underway, we have also been getting to know more about life at home in New Zealand."

Ikea will also launch its full e-commerce offer during this period.