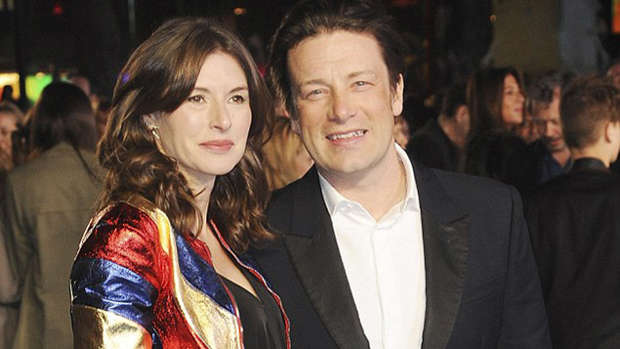 It's not the news Jamie Oliver's fans were hoping for ...

After becoming parents to daughters Poppy, 18, Daisy, 17, Petal, 11, and sons Buddy, nine, and River, four, the 45-year-old celebrity chef has admitted he thinks his wife Jools is "nuts" for wanting a sixth baby.

When he was asked who wanted "all the kids" while speaking on Joe Wicks' podcast, Jamie revealed his spouse has been the driving force behind their decision to have such a large brood.

All of us in a photo for once, normally I can’t keep track of everyone and some ones being moody but I managed to grab a whole team Oliver pic ...... sending love to you all xxxx

He told the host: "Jools, she's literally nuts and she wants another one.

"It's definitely an interesting one but it's her thing right, that's all she ever dreamt of and that's the thing that makes her truly happy."

He continued: "She just loves being a mother and for that I'm grateful but I think, you know, at 45, we're sort of probably on the limits."

Jools recently revealed that she had suffered a miscarriage during the UK's lockdown and admitted that she had lost three babies since giving birth to River, but she is stilling "pining" for a sixth child.

When asked about having another baby on the Made By Mammas podcast, she said: "I really do, I really do but I've just had three miscarriages since then and a recent one three weeks ago and I'm thinking: 'No.'

"I dunno. I do want to, but I've got to mentally check that it's a good idea to do. And also physically because I am 45 as I always say, nearly 46. So it's a little bit dodgy."