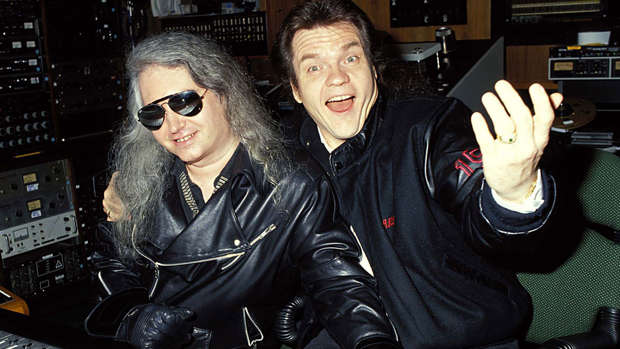 Jim Steinman, the Grammy-winning composer who wrote Meat Loaf’s Bat Out Of Hell album as well as hits for Céline Dion, Air Supply and Bonnie Tyler, has died. He was 73.

He died on Monday in Connecticut near his home in Ridgefield from kidney failure and had been ill for some time, his brother Bill Steinman said.

"I miss him a great deal already," Bill told the Associated Press.

Following the release of Bat Out of Hell, Jim wrote a number of hits including Tyler's 'Total Eclipse of the Heart' and 'Holding Out for a Hero,' Barry Manilow's 'Read 'Em and Weep,' Air Supply's 'Making Love Out of Nothing at All,' Barbra Streisand's 'Left in the Dark' and Dion's 'It’s All Coming Back to Me Now.'

He was inducted into the Songwriters Hall of Fame in 2012.

"There is no other songwriter ever like him," an emotional and teary-eyed Meat Loaf said at the induction.

"He has been such an influence, in fact, the biggest influence on my life, and I learned so much from him that there would be no way I could ever repay Mr Jim Steinman."

Meat Loaf and Steinman joined forces again for Meat Loaf's most recent album, 2016's Braver Than We Are.