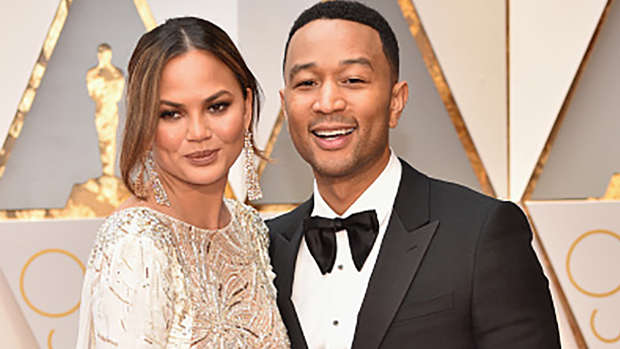 Congratulations are in order for John Legend and Chrissy Teigen!

The 41-year-old musician and his wife have just announced they're expecting their third child.

The couple announced the exciting news this morning through John's music video for his new single 'Wild'.

In the video, we catch glimpses of John and Chrissy riding in a convertible and hanging out on the beach, but just as the video is about to end, the pair give us a glimpse at her growing baby bump.

Ahead of the big premiere, John and Chrissy said their videos together have been an evolution of them as a couple.

"It's been chronicling our family's growth and our journey and we're so happy that this video is the next chapter."

John and Chrissy tied the knot in September 2013 in Italy, after meeting on the set of his 'Stereo' music video in 2006.