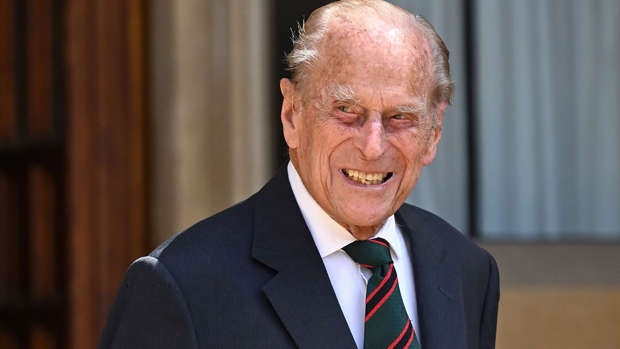 Much to the delight of royal fans, Kate Middleton has shared a never-before-seen cherished family photograph of the late Prince Philip with his great-grandchildren.

Showing the Queen and the Duke of Edinburgh surrounded by seven of their great-grandchildren at Balmoral Castle, the beautiful picture was taken two years ago.

Taken by the Duchess of Cambridge, the image shows Her Majesty holding a baby Prince Louis in her arms as she sits between his brother Prince George, now seven, and sister Princess Charlotte, five.

Peter Phillips's daughter Savannah, 10, their eldest great-grandchild, stands behind the couple as her younger sister Isla, nine, cradles their cousin Lena, two, the daughter of Zara and Mike Tindall, whose eldest Mia, seven, flanks them, seemingly stifling a giggle.

Showcasing the close bond the royal couple has with the youngest members of the House of Windsor, the photo was taken when the children visited Great Granny and Grandpa in Scotland that summer.

The picture was taken almost a year before the Duke and Duchess of Sussex's son Archie, their eighth great-grandchild, was born.

The Duke and Duchess of Cambridge also shared another separate photograph, taken three years earlier at Balmoral, showing the Queen and the Duke posing with a young George and baby Charlotte.

The post on the Kensington Palace Instagram page read: "Today we share, along with members of @theroyalfamily, photographs of The Duke of Edinburgh, remembering him as a father, grandfather and great-grandfather."

Philip's funeral is set to take place on April 17 at Windsor Castle.

Only 30 people will be able to attend under the current coronavirus restrictions in England, but the slimmed-down service is scheduled to be broadcast live on television.

The great-grandchildren will not be attending the funeral on Saturday.

The Duke is expected to be buried at the Royal Burial Ground, on Frogmore Estate.