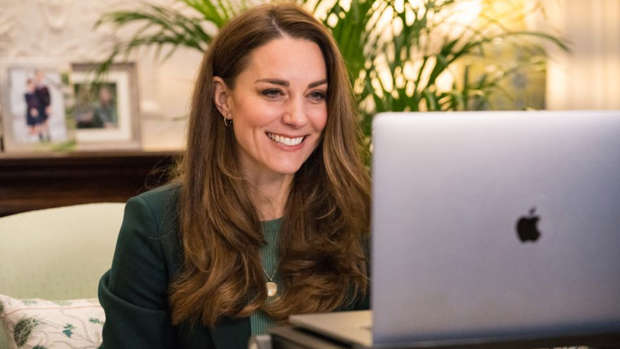 Kate Middleton is a woman on many talents!

Thanks to the UK's current lockdown, the royal family hasn't had access to a professional hairdresser in months - so apparently, the Duchess of Cambridge has taken matters into her own hands.

During a candid video call with three parents and headteacher Melissa Loosemore, from Roe Green Junior School in north-west London, the Duchess made the confession she had been forced to cut her children's hair.

Speaking during a 'show and tell' exercise on the video call, she laughed: "I've become a hairdresser this lockdown.

"Much to my children's horror, seeing mum cutting their hair."

Her own hair has been noticeably longer as she forgoes haircuts too.

Typically the children have their hair cut at their Kensington Palace home by Kate's regular stylist Richard Ward, so are used to a home trim.