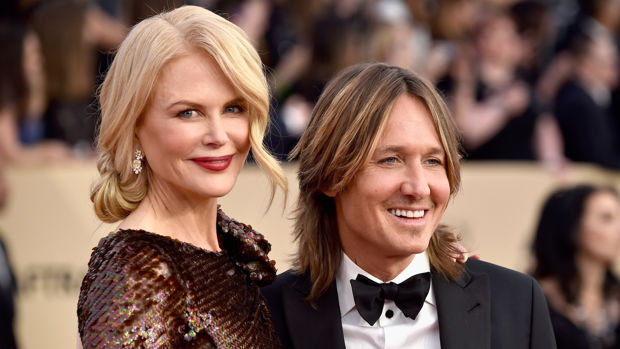 Earlier this week it was revealed Nicole Kidman had broken her ankle while isolating in Nashville with her husband Keith Urban.

The Australian actress' injury was first uncovered after she was photographed by a fan wearing a moon boot as she stepped out publicly for the first time in months over the weekend.

The photo of Kidman - wearing skinny jeans with one black runner and the grey moon boot - was taken at Urban's drive-in concert for frontline healthcare workers in Tennessee.

Both Keith and Nicole before Keith’s show last night!

As fans expressed their concern after the image was shared to social media, the country singer spoke out about his wife's injury.

"About five weeks ago she was running around the neighbourhood as she does and just didn't see a pothole and rolled her ankle and got a small break in her ankle," he told Australia's The Project.

"And so she's been relegated to the boot for the last handful of weeks and is still sort of getting through it."

But despite her injury, the mum-of-four is keeping her spirits up.

Urban added: "Her spirits have been amazing, I gotta say. She's been handling it way better than I would've."

The 52-year-old's concert is thought to be the first major live music show of its kind in the US since coronavirus shutdowns cancelled hundreds of concerts and tours and closed large venues in March.

Urban invited around 200 people from Tennessee's Vanderbilt University Health to join him for a night of music at the Stardust Drive-In movie theatre.

He played on a flatbed truck in front of about 125 cars with two other musicians.

He now plans to stage more drive-in concerts around America.