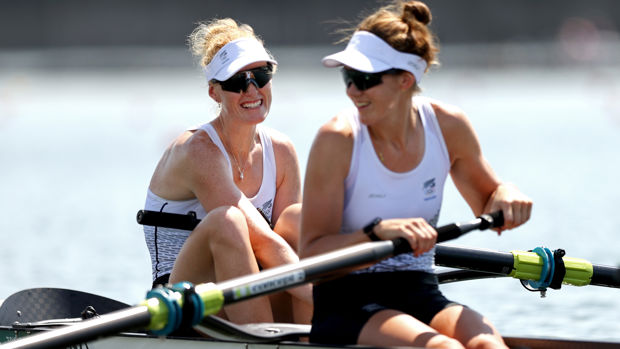 Gowler and Prendergast won gold after sprinting away to claim victory in 6.50.19, with ROC's Vasilisa Stepanova and Elena Oriabinskaia winning silver at 6.51.45 and Canada's Caileigh Filmer and Hillary Janssens in third at 6.52.10.

The Kiwis, who set a world-best time in their semifinal on Wednesday, were trailing Canada and ROC early but gradually and calmly worked their way up the field.

"We crossed and I was like, 'Was someone ahead of us?'" Gowler said following the race.

"Honestly, I can't believe it," she continued.

The world champion pair have been racing together since 2014.