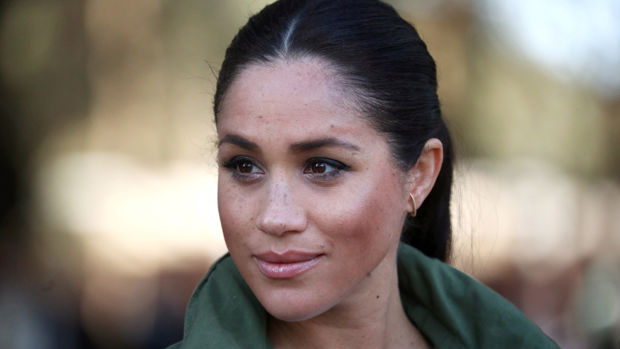 Meghan Markle is set to welcome her first child in just a matter of weeks, but it seems there are a couple of royal baby traditions the former actress will be steering clear of ...

For generations, expectant royals have delivered their children at the exclusive Lindo Wing at St Mary’s Hospital in London by the Royal Household gynaecologists.

But the 37-year-old is set to shun the traditional birthing suite - which costs more than NZ$13,700 - and has appointed an "unnamed" female obstetrician to supervise the birth.

According to Britain's Mail on Sunday, Meghan has broken from royal tradition because she does not want "the men in suits", Alan Farthing and Guy Thorpe-Beeston, to attend the birth.

The pregnant Duchess of Sussex has also reportedly decided on a maternity unit which is closer to her home in Windsor.

A source told The Sun on Sunday newspaper: "This child will not be born at the Lindo. The talk of all the senior clinicians there is that Meghan doesn't want to copy what Kate did. Harry and Meghan realise there is intense public interest but this baby is not a direct heir to the throne and they want the birth to be as private as possible."

"Meghan is nervous about complications such as an emergency Caesarean and doesn’t want the pressure of having to look immaculate on the hospital steps just hours later."

"Like any anxious first-time mum, she’s worried about the birth itself. As she is over 35, she is considered a slightly older mum - which sometimes can lead to some complications."

"Meghan also has the added stress of the world’s attention on her - everyone wants to catch the first glimpse of the new royal addition. She and Harry have decided that rather than go somewhere as public as the Lindo they will allow Meghan to recover somewhere more private. She just wants a normal, natural birth and to bond with her baby, without being primped and blow-dried to within an inch of her life just for the pictures."

Regardless, we can’t wait to see Harry and Meghan’s royal bundle of joy!