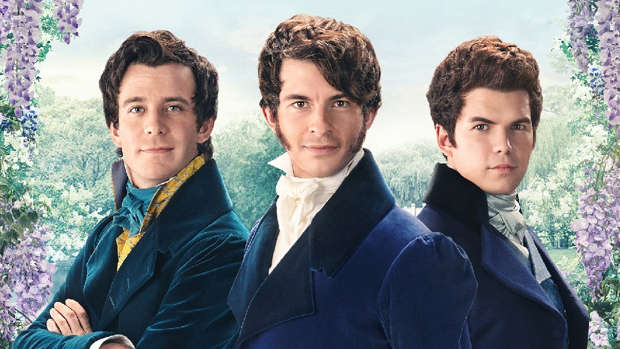 Ever since Netflix's new swoon-worthy series Bridgerton hit our screens on Christmas Day, it's all anyone can talk about!

The only disappointing thing about having finished the first season is the fact that there are no more episodes left to binge.

Understandably, fans are eager for a follow-up season to explore more of the high-society scandals centred around the Bridgerton family.

And now the incredibly popular Netflix series has officially been renewed for a second season.

Dear Readers, I dare say this may be the most exciting edition of my column yet... pic.twitter.com/jwOJwl6zQi

Lady Whistledown, voiced by Julie Andrews in the show, announced the news in her Society Paper.

"Dear Readers," the note began. "The ton are abuzz with the latest gossip, and so it is my honour to impart to you: Bridgerton shall officially return for a second season. I do hope you have stored a bottle of ratafia for this most delightful occasion."

Prepare for another social season. Bridgerton is returning for season two, only on Netflix. pic.twitter.com/yqapEULKz4

Whistledown teased what character will dominate the storyline for the second season: Lord Anthony Bridgerton.

"I will have my pen ready to report on any and all of his romantic activities," Whistledown declared.

According to Deadline, casting is also underway for new characters, including a romantic interest for the swoon-worthy eldest Bridgerton brother.

The series is adapted from Julia Quinn's Bridgerton novels, and season two will be based on the book The Viscount Who Loved Me.

The show's creator Chris Van Dusen revealed the first season's most notable couple Daphne Bridgerton and the Duke of Hastings Simon Bassett will make a return in the second season.

Filming for the second season will commence in the "Spring of 2021" (Autumn in the Southern Hemisphere).

Netflix has not confirmed a release date yet.