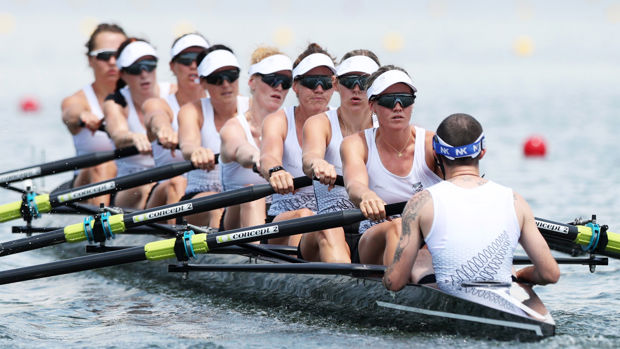 Canada led the race from the start. The Kiwis looked like they were gaining ground about halfway through but couldn't quite peg them back. China made a late push but it wasn't enough to overtake the Kiwis.

After their golden efforts yesterday, Kerri Gowler and Grace Prendergast have made a historic double victory for New Zealand rowing history.