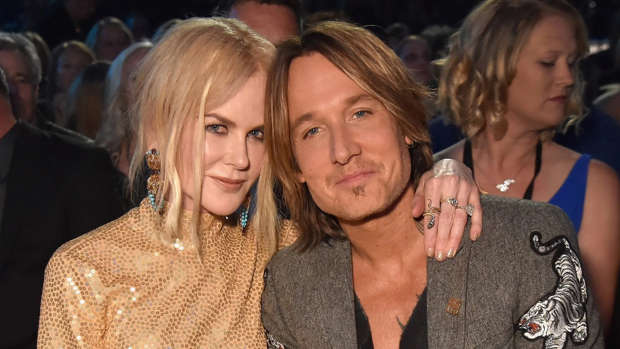 Could these two get any cuter?!

Nicole Kidman and Keith Urban celebrated 14 years since they tied the knot over the weekend.

Taking to Instagram, the 53-year-old Moulin Rouge actress shared a sweet message for her husband to mark their anniversary.

Posting a beautiful black and white photo taken from behind the lovebirds, Urban can be seen wrapping his arm around his wife while she leans her head into his.

Alongside the photo, the Australian actress wrote: "Us ❤️ #HappyAnniversary."

While the 52-year-old country singer also took to social media to share a blurry photo of him and Kidman laughing while they jumped in the air at the beach.

The loved-up couple got married in 2006.

Together they share two children - Sunday Rose, 11, and Faith Margaret, nine. Kidman is also mother to Isabella, 27, and Connor, 25, with actor Tom Cruise.