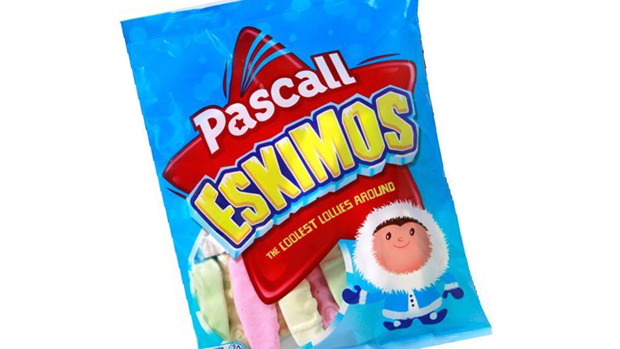 New Zealand's Pascall Eskimos lolly has changed its name to Explorers after global pressure around the derogatory term "eskimo" in the wake of the Black Lives Matter protests.

In 2009, Canadian tourist Seeka Lee Veevee Parsons, an Inuit of the Nunavut Territory in Canada, came across the lolly in New Zealand and said the product was an insult.

The complaint prompted New Zealand's high commissioner at the time to comment in the Canadian press.

Some Kiwis then suggested the tourist should go home which led New Zealand's high commissioner in Ottawa at the time, Kate Lackey, saying the name had a "rednecky element" to it.

"I'll probably get into trouble in New Zealand for saying such a thing, but often there's a sort of 'rednecky' element ... The people who get on talk-back (radio) and stuff haven't had time to think through a bit more deeply how the other person might feel."

At the time, Pascall said it had only had two complaints about the name.

Now, 12 years later, Pascall has changed the name to Explorers to reflect New Zealanders' history of expedition and love of the great outdoors. "Last year we made the decision to change the name of our Pascall Eskimos and we are very excited to introduce you to Pascall Explorers," the company said.

"The new name is inspired by Kiwis' strong history of expedition, whether that's up Everest or on our OE, and our love for the great outdoors.

The name might be different, but the company assures the taste remains the same.

"While the name and packaging has changed, rest assured it's still the same iconic taste you know and love!"

The change has prompted reaction from Kiwis, with many saying the new name is a great step forward.

"I love this! A good step forward," one wrote.

Another said: "That is so cute! I love the new meaning behind it."

It's not the first change a company has made in the past couple of weeks.

Dr Seuss Enterprises ha stopped publishing six Dr Seuss books, including And to Think That I Saw It on Mulberry Street and If I Ran the Zoo, because of racist and insensitive imagery.