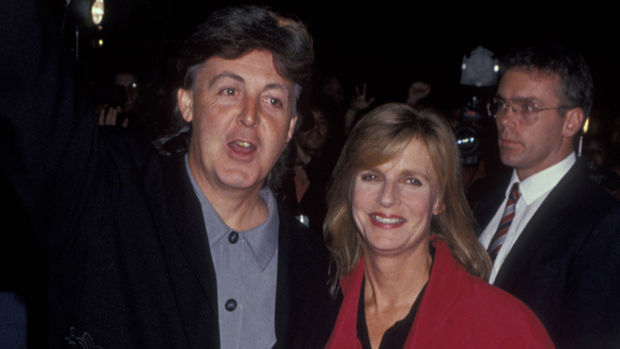 Their marriage was one of pop's great love stories for almost 30 years.

So every year on Christmas, Paul McCartney and his daughter Stella, indulge in a vegetarian roast to keep his late wife Linda's legacy alive.

The couple, who met in New York City in 1967, initially struggled come Christmas after they converted to vegetarianism.

"The thing about becoming vegetarian is that some of the things that I saw as traditional male roles - not wanting to get too sexist or genderist here - such as barbecuing, and slicing the roast, went," Paul said.

He added: "I wanted something to carve at Christmas!"

To give her husband something to do, Linda, who died of breast cancer in 1998, came up with a "macaroni cheese that she shaped and left to set."

Now, the father-daughter duo continue the tradition with a vegetarian roast made from mushroom duxelles - a dish which comes from the vegetarian range of foods Linda launched in 1991 - to honour her memory each Christmas.

Have a brilliant Christmas everyone! Happy Chrissy! Don’t eat and drink too much! I know I will, but that’s no excuse for you. I hope you enjoy all your presents and I hope you remember the true meaning of Christmas, which is love and peace and being good to each other - so HAPPY CHRISTMAS! #PaulMcCartney #HappyChristmas #MerryChristmas

"She was so ahead of her time," The Beatles star added.

"The cool thing about [her] is that she would challenge someone about eating meat, but she had this very charming way of doing it, so it never became an argument".