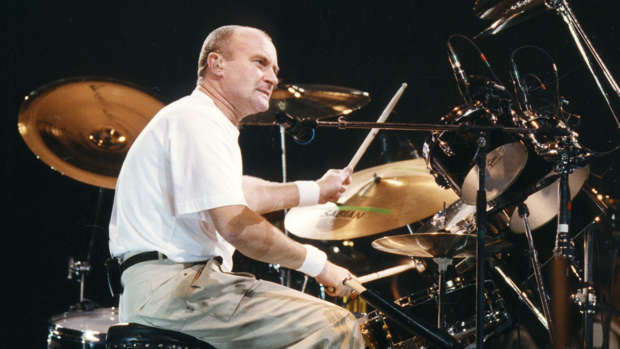 The trio was pictured rehearsing together this week, as the band prepares for their first tour in 14 years and they reportedly "sound incredible."

The band's The Last Domino? Tour is due to kick off in Glasgow in April next year, after being delayed from November by the global pandemic.

@tony_banks_music, Mike Rutherford and @officialphilcollins have reunited in London and started rehearsals for the forthcoming Genesis The Last Domino? Tour which starts in April. The three old friends are playing together again for the first time since the Turn It On Again Tour in 2007. Joined by @nic_collins on drums, and long time lead guitar and bass player @darylstuermer, they are sounding incredible. #Genesis #TonyBanks #PhilCollins #MikeRutherford #NicCollins #DarylStuermer #LastDomino

The historic occasion marks fifty years of chart-topping hits, including songs 'I Can't Dance' and 'That's All.'

Peter Gabriel and Steve Hackett will not be taking part in the reunion.

The band has yet to address whether there are plans to take the tour worldwide.