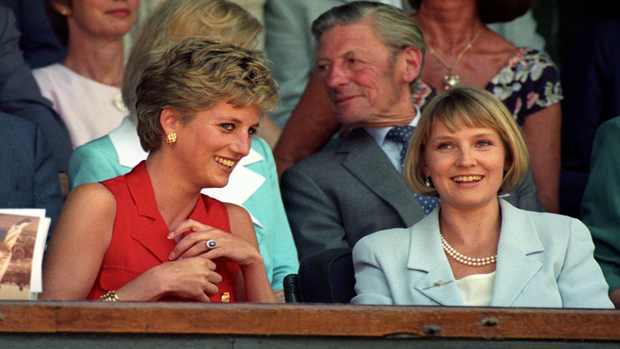 Julia Samuel - a close friend of the late Princess Diana and godmother to Prince George has revealed the tradition she is continuing, to honour the late princess.

The psychotherapist and author also discussed her relationship with Diana, who was a godmother to Julia's son.

She said: "She was godmother to my son, so I do to George what she did to us, which is to give impossible toys that are really noisy, take a lot of making.

"So I come in, slightly tipped by the size of the present that William has to spend days putting together and then put all the machinery together and it makes awful tooting noises, and lights flashing, and that makes me laugh and it makes George laugh."

Talking on the 'How to Fall with Elizabeth Day' podcast, Julia also gave insight into what the Prince is like when he's at home.

"He is amazing. He is funny and feisty and cheeky - she would have loved him so much. That's heartbreaking for all of them."

Julia also reflected on the outpouring of grief in the UK after Diana's death in 1997, and admitted that she was initially "outraged" by the public's reaction.

She explained: "At the time, I sort of felt outraged that people were crying and wailing when they never met her, it just didn't make sense.

"It took me a few weeks to realise that she was known by people, that they felt they did know and that she represented an aspect of themselves and her vulnerability they connected to and it was an amazing tribute.

"You never think one person can change the world and you see someone like her by being as open and honest and vulnerable and authentic as she was, it changed the world and it changed Great Britain.

"She had a lasting effect on us. Now I feel immensely proud that everybody responded in the way they did, but in those first days it was much more visceral."