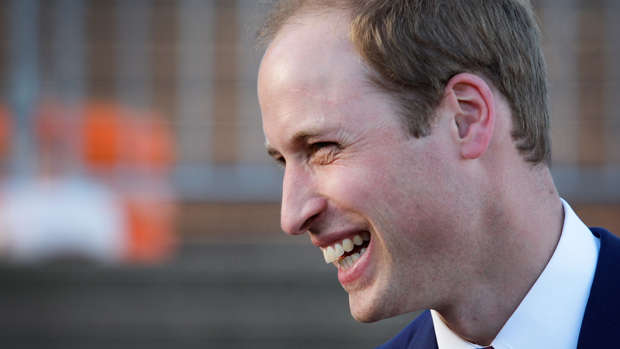 He may be the future King of England, but it turns out Prince William is just like the rest of us ...

The Duke of Cambridge - who has been isolating with his wife, Kate Middleton, and their three children, Prince George, Princess Charlotte, and Prince Louis, at their Anmer Hall home since the start of the global pandemic - revealed he has spent plenty of time in the kitchen during the UK's lockdown.

And he also shared a very relatable concern brought on by his extra time in the kitchen.

"I'm worried about the waistline of the nation as well with all the chocolate and cakes," he said. "I've done a lot of baking at home. Chocolate goes down very well."

Prince William previously revealed his weak spot for chocolate around Easter, when he and the Duchess of Cambridge conducted their first-ever full royal engagement via video call to speak with a school.

"There will be a lot of chocolate being eaten here, don't worry!" the 37-year-old said of the approaching holiday.

Before Kate turned to her husband with a laugh and quipped: "You keep eating it!"

We can't resist chocolate too!