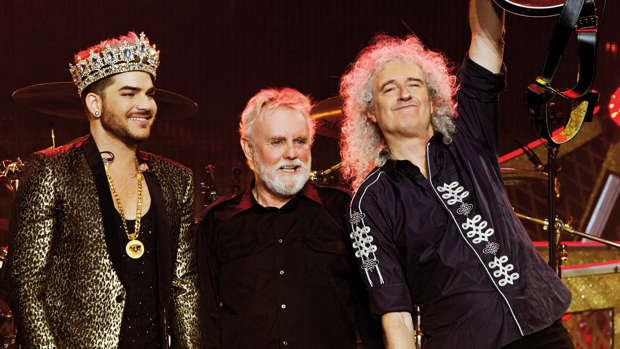 It has been over a decade since they began their iconic collaboration, but only now, for the first time ever, are Queen and Adam Lambert releasing a live album together.

Titled Live Around The World, 20-song collection will be released worldwide on Friday 2 October.

The compilation features concert highlights personally selected by Roger Taylor, Brian May and Lambert from over 200 concerts, including their last performance before lockdown – the entire 22-minute Fire Fight Australia benefit set in which they recreated their iconic 1985 Live Aid set in full.

After the pandemic saw the band forced to postpone its UK and Europe tour dates, the band felt it was "the perfect time."

Guitarist May said of the live album: "As we all grapple with the challenge of creating live shows in a world dominated by a formidable viral enemy, it seemed the perfect time for us to create a collection of hand-picked live highlights from our Queen shows over the last seven years with our brother Adam Lambert.

"It's a first! As you watch and listen to these tracks you'll be journeying all around the world with us, and experiencing a complete virtual live set."

Lambert added: "When we couldn't tour this year we wanted to give the fans something in place of that, and a Live album just felt right.

"It's the first time we have released an album together and we have had a lot of fun putting it together, picking out favourite performances over the past seven years."

Live Around The World Tracklist: