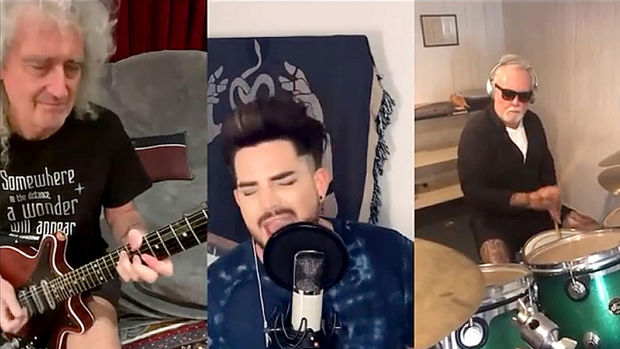 Queen fans were treated to a special performance earlier this week when the rock legends and Adam Lambert performed a heartwarming new rendition of the band's iconic hit 'We Are the Champions'.

Taking to Instagram, Brian May shared a video of himself, Lambert and Roger Taylor synced up from their respective homes as they performed the triumphant song.

- this version is for those of you who like things to be the right way up ! Bri

However, they made one simple — yet significant — tweak, changing the titular pronoun from "we" to "you" in a display of solidarity.

Alongside the video, the 72-year-old wrote: "#youarethechampions - this version is for those of you who like things to be the right way up! Bri."

Earlier this month, Queen and Adam Lambert announced their UK and European tour had been postponed to 2021.