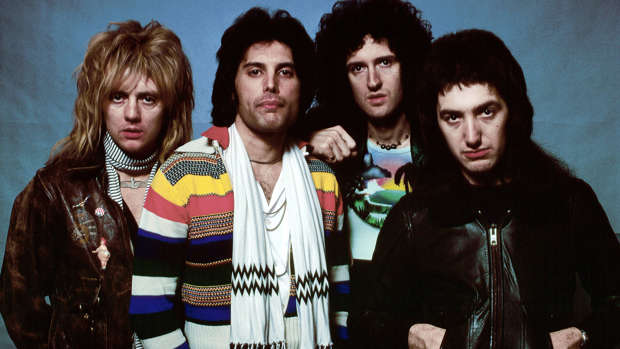 This year Queen are celebrating a major milestone in their music journey.

Over their 50 years in show business, the rock band has sold more than 300 million records, won countless awards and now they're getting the ultimate seal of approval – in the form of a stamp from the Royal Mail.

That's right, in honour of their 50th anniversary, the 'Bohemian Rhapsody' hitmakers will feature on a new set of postage stamps.

@royalmailofficial Issue New Special Stamps To Honour Queen! 👑 13 Special Stamps of iconic album covers and classic live shots, to celebrate one of the UK’s most influential rock groups of all time, Queen. The stamps and a range of collectible products are available now to pre-order from www.royalmail.com/queen & QueenOnline.com 📮

The set of 13 new stamps - which will go on sale in July - will feature their album artwork and rare live performance pictures.

While the band's incredible live performances, including pictures of Freddie Mercury at Wembley Stadium in 1986, Roger Taylor at Hyde Park in 1976, John Deacon at Hammersmith Odeon in 1975, and Brian May in Budapest in 1986, will also feature on the stamps.

Who would ever have thought it ? Bri

And the rockers are overjoyed by the new accolade.

"It’s hard to put into words what I feel when looking at these beautiful stamps," guitarist Brian May said.

"Since we four precocious boys started out on our quest 50 years ago, our lives have been devoted to making our impossible dream come true.

"Sometimes it’s strange to wake up and realise the position in which we are now held – we have become a national institution! And nothing brings this home more than this incredible tribute from Royal Mail."

Drummer Roger Taylor added: "Wow.......stamps featuring our albums! What an honour. We must be really part of the furniture now!"

The first commemorative stamp was issued for the British Empire Exhibition in 1924.

Since then, six to nine sets of commemorative stamps have been issued each year but few – apart from those celebrating members of the royal family or British sporting success – feature living people.

Amazing news !! We will be honoured in a set of stamps. More details on QOL. Bri

Queen will be the third rock band to receive the honour, following the Beatles in 2007 and Pink Floyd in 2016.

Congratulations Queen. What a well-deserved honour!