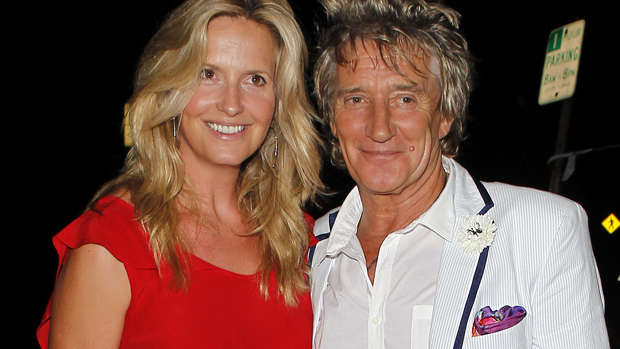 Earlier this year, Rod Stewart's wife revealed she will soon be a crime-fighting model after she signed up to join the City of London Police as a special constable after she had a taste of life on the beat through a reality TV series she took part in.

And now Penny Lancaster has shown off her new law enforcement uniform as she attended her uniform fitting.

Prepping for duty with my uniform fitting today. Hope to join the #cityoflondonpolice family after my training is complete, which starts in September!! So excited to volunteer as a Special Constable in the community and make a difference #fairness #respect #accountability #integrity #openness #leadership #honesty #objectivity #selflessness

Sharing a picture of herself in a police hat, the 49-year-old wrote on Instagram: "Prepping for duty with my uniform fitting today. Hope to join the #cityoflondonpolice family after my training is complete, which starts in September!

"So excited to volunteer as a Special Constable in the community and make a difference #fairness #respect #accountability #integrity #openness #leadership #honesty #objectivity #selflessness." Penny featured on the show Famous and Fighting Crime last year where she was seen working with officers from Cambridgeshire Police.

The English model has now successfully completed the application process for the part-time role.

Speaking about her new career, she said: "I did a show called Famous and Fighting Crime where I was involved with the police.

"It was terrifying but I never felt more comfortable in a position and I felt like this is where I was supposed to be.

"I have signed up to be an officer. I had to sit exams, English and maths type of exams, and go for an interview with two officers. And then I did a fitness test which was the bleep test which was pretty tricky so I had to get fit for that and I passed.

"Then I had to do this massive vetting form going through all personal details of myself, my family, people I know and all that kind of thing. So now I'm waiting for the training to begin so I can serve the community.

"I'm going to become a police officer for the City Police in London."

Both her husband and her parents have admitted concerns about her joining the force, she said: "My mum and dad are not so keen on the idea but I can't wait.

"I feel sorry for the police right now because they really, really have their work cut out for them trying to create social distancing while trying to arrest someone."

While Rod added: "No one's ever been able to stop Penny if she's decided she wants to do something. And I'm always behind her all the way.

I was proud to be apart of this team and honored to be partnered up with some of the most amazing police officers and volunteers for Channel 4’s life changing show ‘Famous and Fight Crime’ (coming soon)! @katiepiper_ @jamielaing #marcusbrigstocke #sandibogle

"But am I scared for her? Yes, a little. Did you see that drug addict who threatened to stab her with a needle on the TV show?

"As long as she's accompanied at all times by another constable, she'll be okay."

The mother-of-two, who married Sir Rod in 2007, said the experience has made her realise how underfunded the police are.