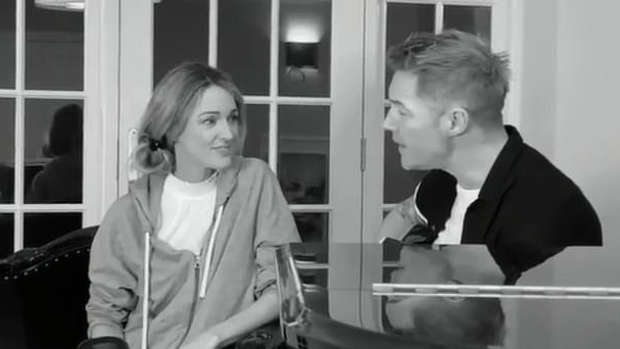 If you're in need of a daily dose of sweetness, then this video of Ronan Keating singing with his wife Storm will hit the spot.

In honour of Valentine's Day, the Boyzone singer showed off Storm's incredible singing voice as they belted out a beyond adorable rendition of his 1999 hit song 'When You Say Nothing At All.'

In the black and white video, shared to Instagram, the 43-year-old singer could be seen taking the lead on guitar, while Storm provided the backing vocals.

The happy couple met in September 2012 while they were both working on The X Factor Australia.

They tied the knot in a romantic Scottish ceremony in 2015 before announcing in December 2016 that they were expecting their first child.

The couple are parents to son Cooper, three, and daughter Coco, 11 months.