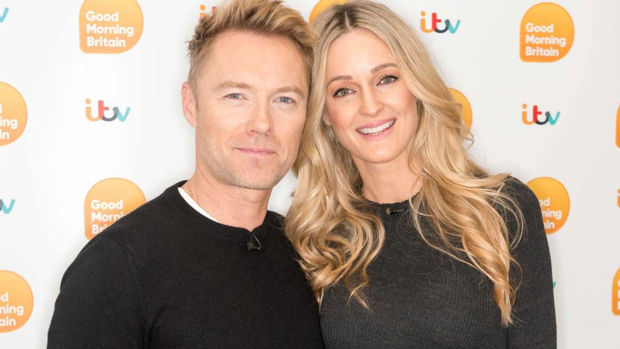 Ronan Keating's wife Storm was rushed to hospital over the weekend for emergency surgery on her spine after being diagnosed with Cauda Equina Syndrome.

Taking to Instagram, the mum-of-two revealed she was initially taken to hospital for a prolapsed disc.

However, the situation quickly escalated as her doctor realised she was suffering from Cauda Equina Syndrome - a severe type of spinal stenosis which causes compression in the lower nerves leading to loss of sensation, incontinence and paralysis if not treated immediately - and would need "surgical intervention".

Sharing her ordeal on Instagram, the Australian fashion designer said it had been "the most frightening week of her life."

"It's been a long and trialling week," she wrote alongside a photo of her hospital bracelet on her wrist. "But I feel so utterly grateful to Dr Syed Aftab and all the amazing specialists, doctors, nurses, physiotherapists and aids at #CromwellHospital who have assisted me through this.

"On Saturday I was rushed in with what we already knew was a very bad prolapsed disc, which had more recently escalated to the point where it needed surgical intervention.

"If it wasn't for Dr Aftab and his acute diligence, care, attentiveness and skills, I would not be walking out of this hospital with the prospects of leading the normal life I had always envisioned I would," Storm explained.

"There are no words that will ever come close to describing my gratitude to you Syed, thank you. And to Georgia and all the wonderful nurses and healthcare assistants who wiped my tears, comforted my fears, cleaned me up and allowed me to keep my dignity in moments where I thought I would lose it... you are amazing human beings to do what you do, thank you."

Storm finished her post: "Finally I just wanted to say thank you so much to everyone for your well wishes this last week, they filled me with strength and courage. I hope that by sharing my story, it's a small reminder for everyone to take care of your back!

"Many of us take our spine for granted and often our health too... but sometimes the unexpected can throw a real curveball if you're not paying attention or if you're ignoring your body."

"I'm very lucky but I wouldn't wish what I've been through on anyone. We share our highs on Insta but sometimes it's good to share our lows too. This has been one of mine."

Storm and Ronan met in September 2012 while they were both working on The X Factor Australia.

They tied the knot in a romantic Scottish ceremony in 2015 before announcing in December 2016 that they were expecting their first child.

The couple are parents to son Cooper, three, and daughter Coco, 11 months.