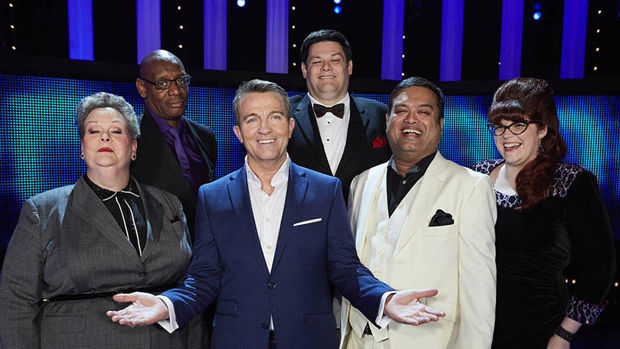 While Bradley Walsh has fronted The Chase for over a decade, as well as a number of other UK shows, he has only recently spoken out about his long-term health condition, blepharitis.

The 59-year-old admitted he was diagnosed with the eye condition, which means he needs to take regular medication.

If he goes a single day without taking his tablet, his symptoms become much worse.

Speaking on UK TV show Loose Woman he said: "So many times, people have commented on [how I look].

"I have to take [one pill] a day for it or I really struggle. People don't realise I have seriously bad blepharitis," he continued.

Blepharitis causes the eyelids to become inflamed; with symptoms including red, itchy eyelids that may look greasy and crusted. A gritty feeling in the eyes is also a symptom.

While the condition is not usually serious, it can't be cured.