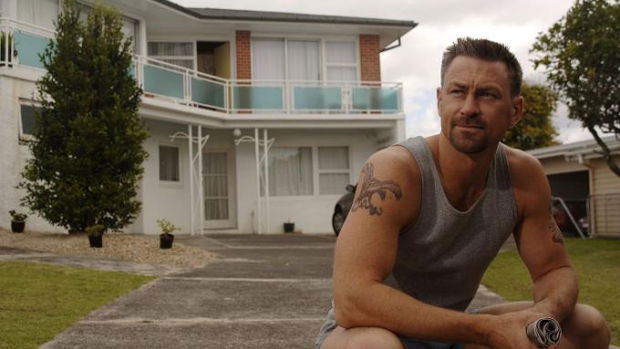 For fans of Westside and Outrageous Fortune, the iconic West Auckland property at 85 Royal View Road is instantly recognisable.

But while the final ever episodes of Westside are currently airing, the home is about to embark on a brand-new story arc ...

It was first home to career criminal Wolf West and wife Cheryl in the South Pacific Pictures series Outrageous Fortune, which ran from 2005 until 2010.

After a brief hiatus from stardom, the home again appeared on our screens in Westside, the prequel to Outrageous Fortune, which chronicles the lives of Wolf’s parents, Rita and Ted West, and introduces viewers to young Cheryl, Wolf and other characters.

In real life, the home has been used as a backdrop and filming location since 2005.

The townhouses are marketed by Paul Berry and Frank Liang from Barfoot & Thompson Royal Height. Berry says that while the home is an integral part of the onscreen West family, offscreen it's also very much a family affair.

"85 Royal View Road has been a family-owned property for well over 30 years," he says. "Within the last 12 months, my vendor, Richard Jones, purchased the home from his parents privately. He has started his own property development company, The Development Co, and this development will be his flagship project."

As part of the agreement with South Pacific Pictures, Richard and his family have agreed to keep the home standing until the final episodes of Westside have aired.

The townhouses will start from $650,000 to allow first home buyers to get into the housing market.

This article was first published on oneroof.co.nz and is republished here with permission.