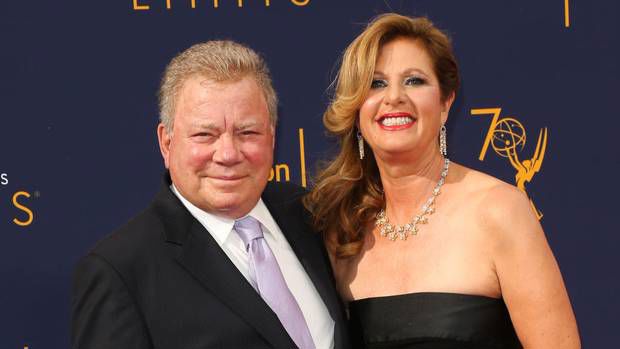 William Shatner has been awarded horse semen as part of his divorce settlement with ex-wife Elizabeth Martin.

The 88-year-old Star Trek actor reached a settlement earlier this week and one of the biggest bones of contention was how to divide up the couple's four racehorses and breeding equipment.

Horse breeding equipment, that is.

Martin takes charge of horses Belle Reve's So Photogenic and Pebbles in the settlement, but Shatner also agreed to grant his ex-wife visitation rights to the other two horses.

In case you thought the horse semen was the most valuable asset the couple had to split, they also had to agree on how to divide their multi-million dollar property portfolio.

Shatner gets to keep the couple's Hollywood home and their Three Rivers ranch in California, though Martin will be permitted to visit the ranch to "occasionally harvest fruit" and visit the graves of her first husband and several horses, People magazine reported.

😳Don't forget to enter my sweepstakes with @amgreetings, and be sure to check out Season 2 of my show The UnXplained on the History Channel!🙌🏻 #sponsored #americangreetingspartner #smashups https://bit.ly/31IOVJd

Martin will take possession of their home in Malibu Cove and their place in Kentucky.

A pre-nuptial agreement signed by Shatner and Martin means that neither will receive ongoing support from the other.

Horse semen has played a part in the dissolution of another of Shatner's marriages when ex-wife Marcy Lafferty sued him for breaking an agreement to provide her with "fresh cooled" semen.

He offered it in frozen form and she took him to court.

This article was originally posted at NZ Herald and reproduced here with permission.