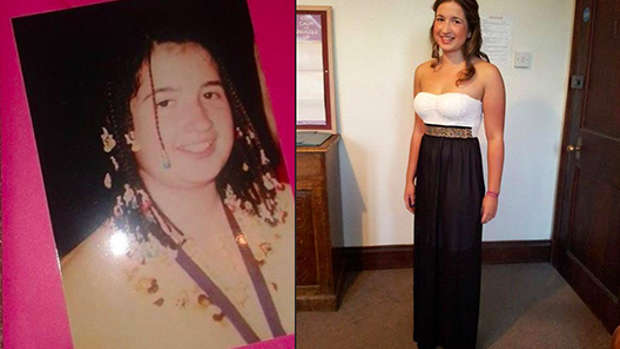 When Louisa Manning was 12 years old, she was bullied about her weight and for being "hairy", she was called a "manbeast" by other students. As a result, she spent several years eating very little, skipping dinner and suffering from a lack of confidence.

But last Friday, eight years later, something interesting happened - one of the boys who bullied her at school asked her out on a date.

The 22-year-old, a student at Oxford University, said she bumped into the man at a university ball and that he asked her on a date on Facebook.

She said she remembered this man in particular for bullying her for "being ugly" at her Cambridgeshire school.

"I was pretty pissed off he asked me out, to be honest," she said. "It really made me angry that now I’m attractive, he instantly wants to jump into bed with me."

Instead of declining the date, she accepted it – but with a hidden agenda in mind.

"My gut instinct was to say no," she said, "but then I realised what a brilliant opportunity it was, and after bouncing ideas off a friend for a few hours, we came up with an idea."

Manning arranged to meet him at a restaurant for dinner, but arrived slightly earlier so she could ask the waitress to hand this photo with a handwritten note on it to her date when he arrived. The message on the photo (of herself at aged 12) said:

So sorry I can’t join you tonight.

Remember year 8, when I was fat and you made fun of my weight? No? I do – I spent the following three years eating less than an apple a day. So I’ve decided to skip dinner.

Remember the monobrow you mocked? The hairy legs you were disgusted by? Remember how every day for three years, you and your friends called me Manbeast? No perhaps you don’t – or you wouldn’t have seen how I look eight years later and deemed me ******** enough to treat me like a human being.

I thought I’d send you this as a reminder. Next time you think of me, picture that girl in this photo, because she’s the one who just stood you up.


Manning said she later uploaded the picture and note to Facebook and was surprised when she received an apology from the guy.