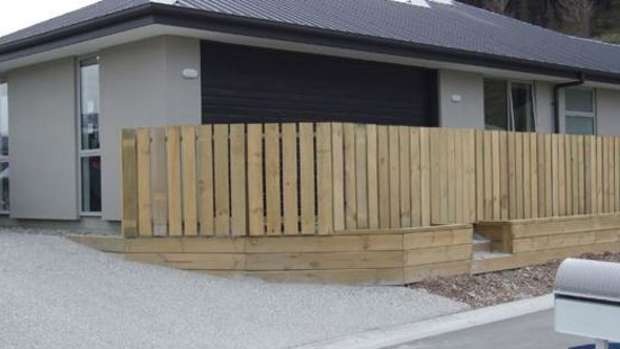 A new Shotover Country house has become a local curiosity after a fence sprung up in front of the garage.

Tenants of the the Risinghurst Terrace property Beck Cole and Deo Bohn say the fenced-in garage is "a local talking point."

They say the owner was told the driveway, off a small side lane, was too steep.

Cole says: "We did think getting into the garage was going to be a little bit of an issue."

The council didn't approve the steepness of the proposed driveway, Bohn says.

"He put a fence on because we asked for one - and then he put the fence over the garage as well."

There are plans to convert the garage into the house's fifth bedroom, with ensuite, for the house.