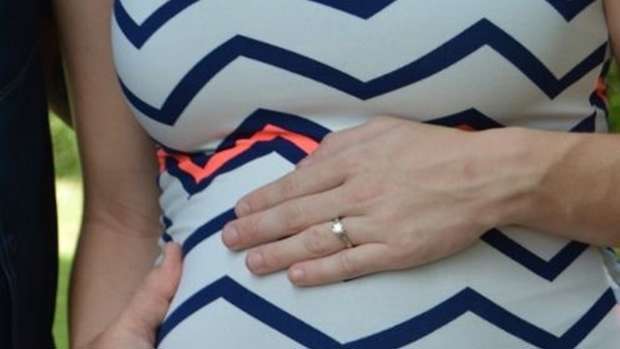 We all know that a dog is a man's best friend, but this cute little pooch has taken it to the next level!

Buzzfeed reveals that while Whitney Bowie and her husband Jeremy were posing for a maternity shoot, their rat terrier, Lucy decided to join in.

In one of the photos, Whitney and Jeremy are both resting their hands on Whitney’s baby bump – and Lucy rests her paw right there alongside them! SO CUTE.

Whitney’s younger sister Atalia thought the photo was hilarious and shared it with her followers via Twitter. Unexpectedly, the photo took off and went viral almost immediately. At last count, Atalia’s tweet had over 43,000 retweets and over 106,000 likes.