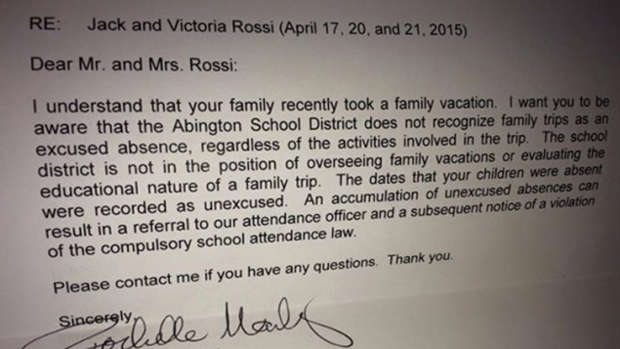 Mike Rossi took his two children out of school on a 3-day trip to Boston. He called their absence educational; the school called it unexcused.

Rossi posted a photo of a letter he received from the principal to Facebook, along with a response he had penned, hoping to gain perspective from his friends - he didn’t expect his note would go viral, shared more than 15,000 times.


Read the note from the principal below: