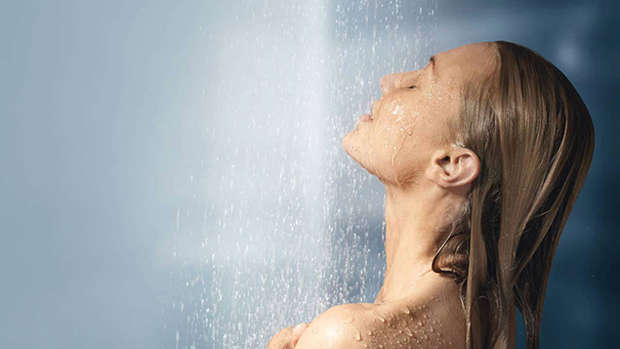 There are conflicting views as to how many times a week we should shower.

Depending on your hair and skin type, you may be told that showering every day could be better for your skin. Or, in fact, worse for your skin if it’s particularly sensitive.

Overshowering can be harmful to your hair, causing split-ends and product build-up.

A survey last year revealed that four out of five women don’t shower every day, while a third said they could go three days without washing.

Another study, conducted by researchers at the Universities of Manchester, Edinburgh, Lancaster and Southampton, showed that three-quarters of respondents had at least one shower or bath a day.

But are we overshowering? Is there a ‘correct’ number of showers or baths we should be having a week?

According to Professor Stephen Shumack, President of the Australasian College of Dermatologists, you should only shower when you need to.

Speaking to the Sunday Morning Herald, he said: “It's only in the last fifty to sixty years (since the advent of bathrooms with showers) that the idea of a daily shower has become commonplace. The pressure to do that is actually social pressure rather than actual need. It's become popular because of the social need to smell good. But it's only the glands in your armpit and groin that produce body odour. They're not all over the body.”

Shumack also warned that a hot daily shower could do more damage than good, saying: “Overwashing causes 'defatting' of the skin – getting rid of the natural body oils we produce to protect the skin cells. This can cause actual damage making them more permeable to bacteria or viruses, precipitating itchy skin, dryness, flakiness and worsening conditions like eczema.”

John Oxford, Professor of Virology at Queen Mary's School of Medicine and Dentistry, told the Daily Mail: 'As long as people wash their hands often enough and pay attention to the area of the body below the belt, showering or bathing every other day would do no harm.”

So, there we have it. If you're showering daily, that's probably too many times.