A 60-year-old surfer fought off a Great White shark by punching it repeatedly in the eye after it bit his arm and latched on to his surfboard.

Aucklander Nick Minogue was attacked yesterday while surfing at Pauanui Beach around 11.30am by what he and shark experts believe was a three metre-long great white.

"It latched onto the board, bit down on the board and was just looking at me with its big eye", Nick said in an interview with Jase.

Minogue said he instantly remembered he'd heard sharks particularly don't like it if you punched them in the nose or eye. 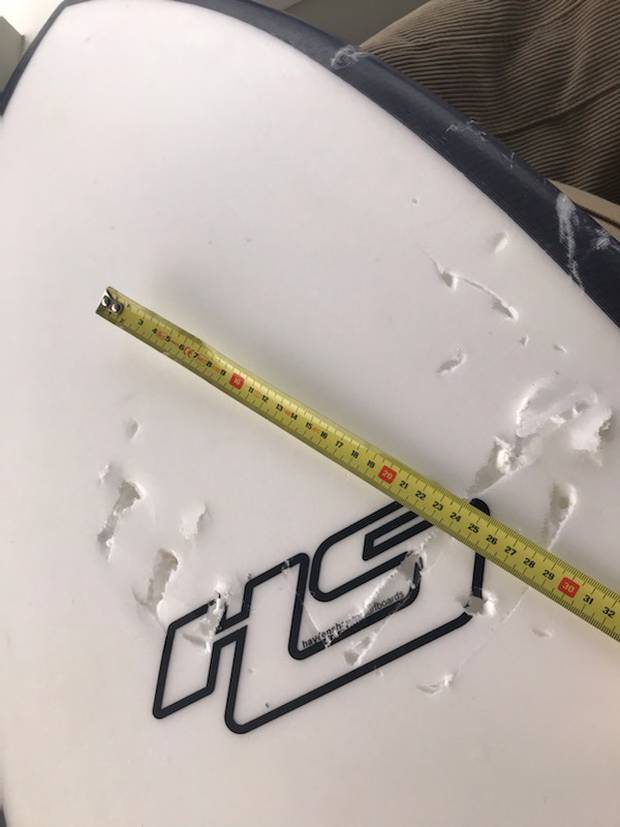 Minogue says the bite mark on his board was deceptively large. Photo supplied by NZ Herald

Department of Conservation marine scientist Clinton Duffy said "the photograph of the bite to the board is consistent with a fairly small white shark, aka white pointer, great white".

Marine scientist Riley Elliott, the "shark man", also said the description of the shark by Minogue matches that of a great white.

It's pretty scary stuff, and not something you hear about every day, yet, thanks to Nick, we are now fully educated on Surfing Shark Self Defence!

Listen to the full Interview from Nick Above!