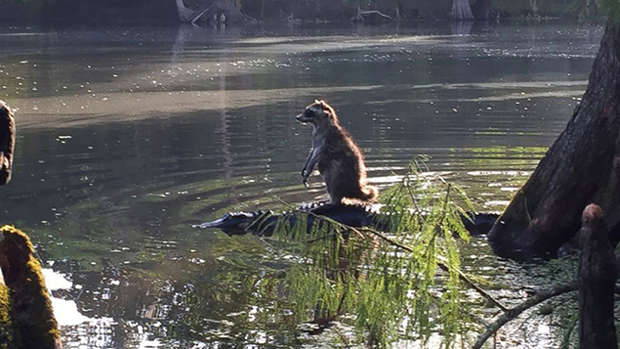 A man walking through a national forest in Florida has captured a rare image of a raccoon appearing to ride on the back of an alligator.

Richard Jones was walking with his family in the Ocala National Forest when they spotted the alligator.

He believes his son startled the raccoon while trying to take a picture of the reptile.

The image has become an internet sensation since the photo was taken on Sunday morning.

Mr Jones told local television station WFTV that he "snapped a lucky picture right when the gator slipped into the water and before the raccoon jumped off and scurried away".

"Without the context you'd think the raccoon was hitching a ride across the river," he told the television station.