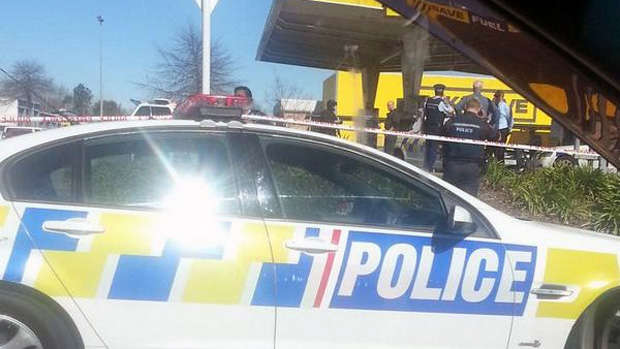 UPDATED 12:20pm: A police officer has been shot in the foot in Hamilton.

Heavily armed police have cordoned off the PAK'nSAVE in Mills Road where the incident took place.

Police aren't yet saying exactly what's happened - and will also not say if the incident is connected to their hunt for Zeb McCallion, who they've described as being armed and dangerous and with access to drugs.

Our reporter on Mills Road says police have a man in custody.

Witnesses said the officer was shot either in the leg or the foot.

They say the altercation occurred after police followed a vehicle, possibly stolen, into the car park.

About 30 police officers are at the scene, some of them armed at the entrances to the car park, and large areas of the car park are cordoned off.

"One of the police cars appeared to hit the little curb on the side and the whole car lifted up and I was wondering if it was actually going to flip over."