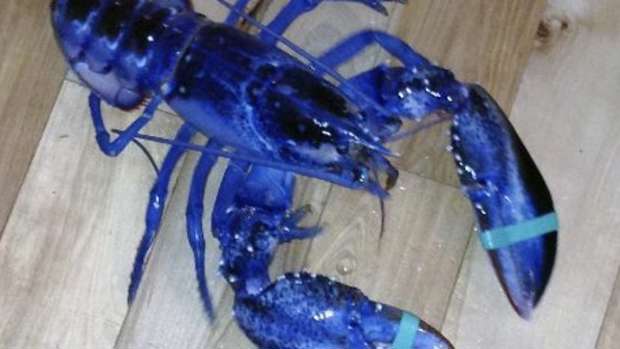 A lobsterman says one of his traps caught a one-in-two-million crustacean: a blue lobster.

LaPlante and daughter Meghan were hauling traps when she discovered the bright blue critter.

The story has a happy ending for the lobster. Meghan says she is naming it Skyler and donating it to the Maine State Aquarium, far from any dinner rolls or pats of butter.

The aquarium says it has three other blue lobsters and an orange one.LaPlante says it's the first time he has caught a blue lobster.