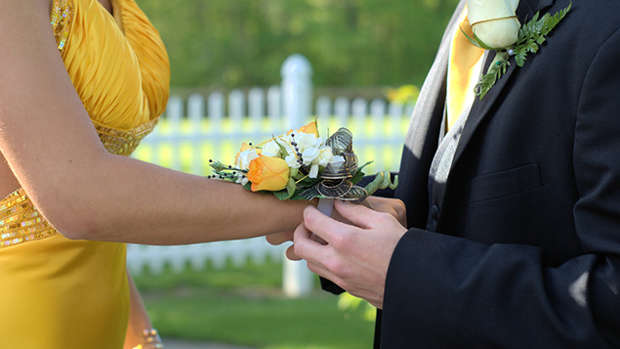 A Catholic girls' school in West Auckland has banned students from wearing dresses with plunging necklines, low backs and leg splits above the knee at its seniors ball.

One student at St Dominic's College in Henderson told the Herald they have to get their ball outfits approved by the associate principal. Many are angry at the new rules as they had already bought their dresses.

An online petition calling on the principal to rethink the policy claims the restrictions were put in place in order to maintain high standards at the school.

According to the petition, the rules stipulate:

The rules have been confirmed by several St Dominic's students. The Herald has chosen not to name the students after school authorities warned students not to talk to media.

One Year 13 student, aged 17, said the school held a meeting last week about the new dress code for the ball.

"We have a new principal who has given us new rules about the dress code. There's rules about the front, the back and the length of the slit. It's all different from last year so we're pretty bummed."

Students who had bought dresses prior to the dress code announcement had to take photos of the front and back and get them approved by the associate principal, she said.

"There's a lot of student pressure to do something about it. My parents don't really care but some parents have written into the school about it."

The ball will be held in July with its brother school, Liston College.

The student said they were only allowed to take male partners from Liston. Same sex couples were allowed.

Another Year 13 student, who asked not to be named, said she believed some dresses were "a bit out there" but disagreed with all the rules because the ball was "meant to be fun". The 17-year-old said some parents were angry because they had already bought dresses. The school had not mentioned compensation for students who had already bought a dress which didn't fit the code. She believed students were expected to simply buy another dress.

Another student said: "We were told not to take our shoes off because it would look messy for everyone there but there won't be anyone there but students and teachers."

Students were told they couldn't wear a dress with a low back because it would "look too sexual".

College principal Carol Coddington said she was aware of the situation and would be looking into it this morning.

A statement would be issued later.

The new code has been met with disbelief on social media. "So are they going to wear their uniforms to the ball? What a joke," one person wrote.

"My ball dress deff wouldn't have made the cut then! Sheeeesh," posted another.

The petition claims that students who had already purchased dresses had been told they could show a picture to the associate principal in order to get it approved.

Many students had already been told their newly purchased dresses were "too exposed" for showing too much back or cleavage and wasted their money, the petition claims.

"Since when has a girls' back caused such outrage for being 'too exposed'? This is sexualising a girls' body and sending the message that they must be covered up and feel ashamed of showing skin," the petition says.

Parents are also being encouraged to email the school about the issue.