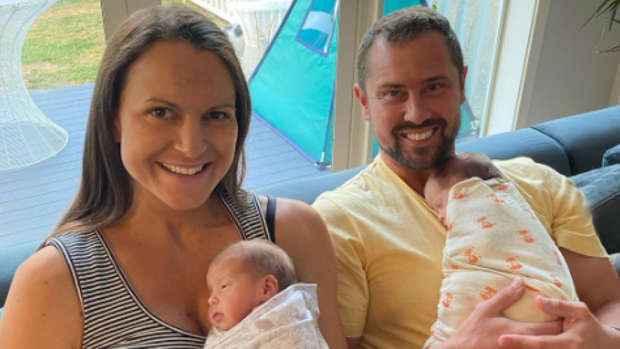 On Thursday 21 January, Sam Wallace shared the exciting news that he and his fiancé Sarah Bowman had welcomed their twin daughters into the world.

But after nearly three weeks without names, the new parents have finally decided what they're going to call "Twin 1" and "Twin 2".

The family are now settling into life at home together.

Following the birth, Sam said: "They are perfect in every way!

"We are delighted. It couldn't have gone better."

The couple are already parents to two-year-old Brando, who they welcomed into the world after suffering a devastating miscarriage.

We love their names Sam and Sarah!