A pair of odd-coloured diamonds are set to become the world's most expensive earrings by selling for more than £55 million.

The Apollo and Artemis diamonds are described as 'truly exceptional stones' which are in a 'class of their own' when considered as a pair. 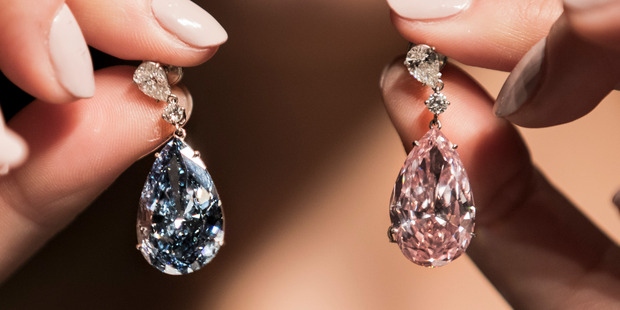 Apollo is a 14.54 carat vivid blue diamond which has been cut and polished into a pear shape, while Artemis is a 16 carat fancy intense pink diamond. The diamonds were named Apollo and Artemis after the twin brother and sister of power and beauty who were among the most widely venerated of the Ancient Greek gods.

This article was first published on dailymail.co.uk and is republished here with permission.